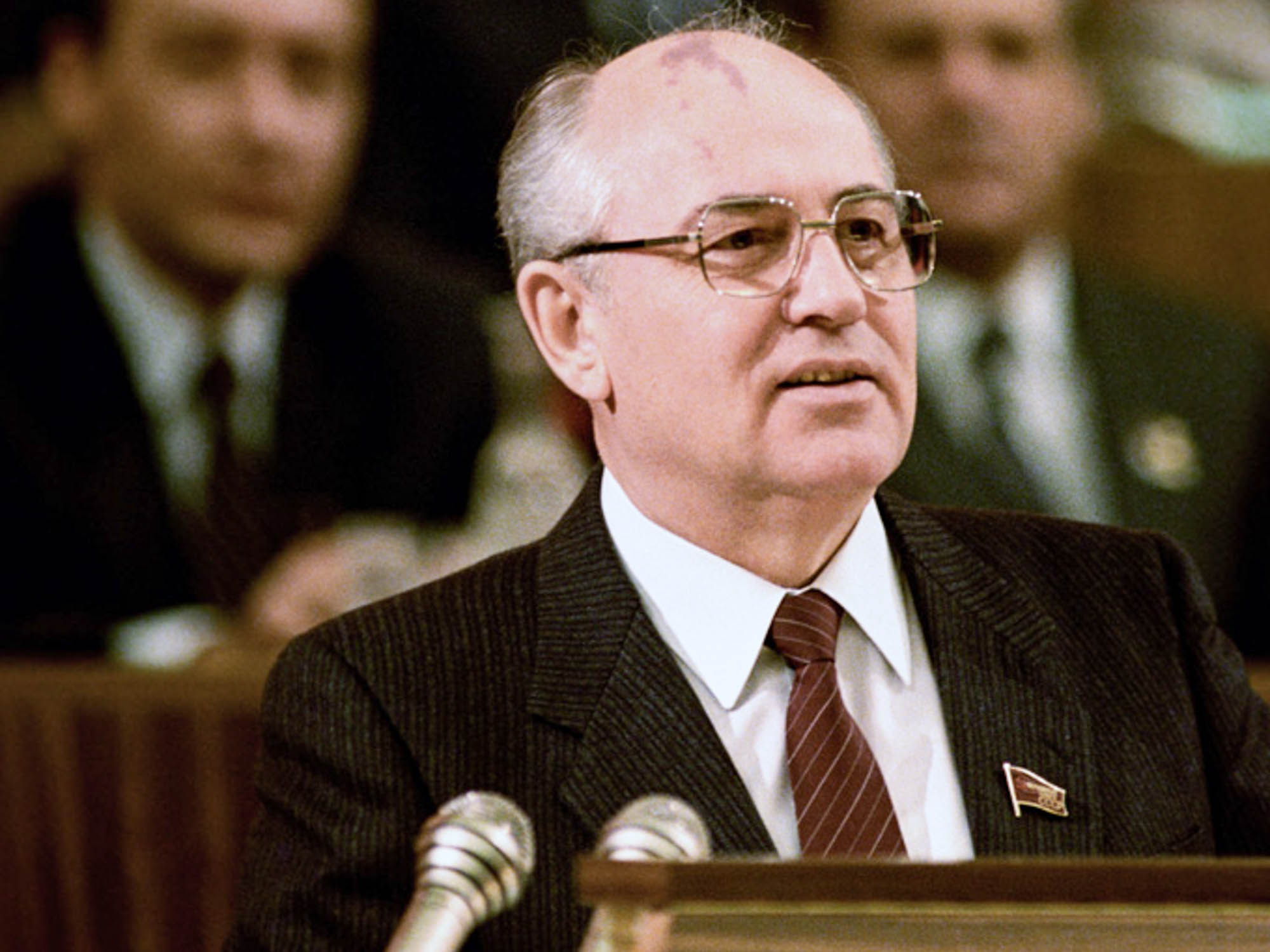 «We are all players aboard the ship Earth, and we must not allow it to be destroyed. There will be no second Noah’s Ark,» said Mikhail Gorbachev in his book ‹Perestroika› (Transformation, Reorganization), which he wrote after taking office as General Secretary of the Communist Party in 1985 (p. 12).

The subtitle of the book was promising: ‹The Second Russian Revolution. A New Policy for Europe and the World› For the generation that witnessed that deeds immediately followed Gorbachev’s words, this bordered on a miracle: the Cold War with its merciless arms race, which had kept Europe in fear and terror for years, was ended. After that, the path was suddenly clear for a possible reunification of Germany and the reorganization of Europe. The previous Soviet state disintegrated – you could suddenly travel to Russia without any problems, and vice versa. You met enthusiastic tourists from Russia all over Europe.

On the occasion of his death on August 30, 2022, the German weekly magazine ‹Die Zeit› called Gorbachev «an exceptional phenomenon of history.» Elena Chizhova, a writer in Saint Petersburg, wrote a feuilleton for the ‹Neue Zürcher Zeitung› with the headline: ‹And from the East came a man› (‹NZZ›, 9/2/2022). In it, she reports: «Of course, the majority of our citizens had remained Soviet. But my own world changed at cosmic speed. In 1989, I crossed the border of the Soviet Union for the first time. On the train from Leningrad to Helsinki, I had a feeling that was difficult to describe in words. As if crossing the stylized line of the Iron Curtain, I was not only moving in space but returning to a tremendously large world after many years of hopeless exile. I think it was in those years that Gorbachev also discovered the big world and the Western people for himself. I remember his expression when he got out of the car and walked towards Margaret Thatcher: with a slightly biased but at the same time sincere smile. At that moment, ‹socialism with a human face› came to mind – a Soviet mythologist that Gorbachev often resorted to in his speeches. At that moment, he was the embodiment of this expression. No wonder Margaret Thatcher trusted him: for the first time in 70 years, ‹from the East› no abstract statesman had come, lifeless and impenetrable like anything Soviet, but a living man.» When Gorbachev was laid out in the House of Trade Unions in Moscow, thousands of his fellow citizens said goodbye to him in a long queue – including an astonishing number of young people. (Markus Ackeret from Moscow in the NZZ of 9/5/2022)

As much as the West has benefited from Gorbachev’s political commitment, his commitment to his own country has been unsustainable, and he has had to see that right now, at the end of his life, the gap between West and East is once again profoundly opened. How did Gorbachev manage to bridge this gap during his tenure? What was his vision?

In his book ‹Perestroika›, Gorbachev also addressed the citizens of his country and beyond «the whole world» directly with the words: «I wrote this book because I believe in your common sense.» To build a bridge between East and West, a European house in which self-determination and peace reign, that was his vision! And he opened the doors incredibly wide – this was so unexpected and surprising that the responsible politicians in Germany and the USA could not believe it at first. Does he really want to let the Germans decide for themselves if they wish to join the Western alliance or prefer to be a neutral state after reunification like Austria or Finland – the option that Gorbachev had recommended? Helmut Kohl and his Secretary of State Genscher, as well as George Bush senior and then US Secretary of State Condolezza Rice, believed they had misheard him during the negotiations – he had to repeat it three times. Only then did they believe that he meant his words seriously and that he actually wanted to grant strategic autonomy to Germany and Eastern Europe – unconditionally!

«We are all students, and our teachers are life and time.»

The New Way of Thinking

He actually wanted to end the Cold War and not create new fronts. He was looking for a new way of thinking, for democratic socialism without an enemy image, for a new social order that would enable the peoples of this Earth, but especially the European countries, to live together peacefully: «The arms race, like nuclear war, knows no winner. Continuing such a race on Earth and extending it to space would only accelerate the accumulation and perfection of nuclear weapons, which are already going on at a feverish rate. It could come to the point that the world situation is no longer dependent on politicians but becomes prisoners of chance. We all face the need to learn how to live in peace in this world. We need to adopt a new way of thinking because the conditions in which we live today are completely different from those that date back 30 or 40 years. It is time to stop thinking of foreign policy as the bearer of a policy of strength. […] From a long-term thinking policy perspective, no one else can subjugate. Therefore, there is only one alternative – relationships of equal partners. […] Wouldn’t it be more right for us to rise above the things that divide us, for the interests of people as a whole and the sake of life on Earth? […] People are tired of tensions and conflicts. They would rather search for a safer and more trustworthy world, a world in which everyone can maintain their philosophical, political, and ideological convictions and way of life (p. 176 ff.). Dialectically trained as he was, it was conceivable for him that every contradiction, every difference between peoples, and the dialectical unity of opposites is inherent, which is why peaceful coexistence in the international community must be possible with goodwill. For him, war was no longer a continuation of politics by other means. In this respect, he was a pacifist, deeply convinced that a new way of thinking, a «philosophy of peace,» was needed.

In the face of the arms race and the danger of war, he saw the only way out was to make international relations more humane. His confession was: Progress through cultural development: «We are all students, and our teachers are life and time. I am convinced that more and more people will realize that the integrity of the world will be guaranteed by ‹transformation› in the broadest sense of the word. If we have earned good grades with our main teacher – life – we will go into the 21st century well prepared and be sure there will be another step forward. […] The way to get there is through a nuclear-free, weapon-free, non-violent world.» (p. 334 et seq.) His hope was: «If leaders recognize this point of view and put it into practice, it will be a great victory of reason. […] We want the freedom to reign worldwide in the approaching 21st century. […] We have embarked on this path and call on other countries and nations to do the same.» (p. 335) In this message, he was not deterred despite all the resistance and humiliations he has experienced in his own country in the further course of history. In 2017, he once again appealed to the world: ‹Finally come to your senses – never again war!› And in September 2019, with the bestseller: ‹What is at stake now. My Call for Peace and Freedom›. In 2014 his biography ‹Everything in Its Own Time. My Life›, 2001 and 2015, the two books dedicated to Russia, through which he continued to hope to win his compatriots for the new way of thinking. 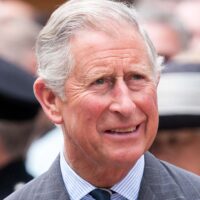 In his remarks ‹Christianity or Europe›, Novalis writes: «Only patience, it will, it must come, the holy time of eternal peace.» (p. 750) On Gorbachev, one could experience the enthusiasm for such an ideal, but also patience and the insight that such a goal can only be achieved if it lives in many people and is actively realized. Given the war in Ukraine, such an ideal seems childishly naïve. Still, the intolerable side effects of the armed conflicts clearly show that such historical exceptional phenomena as Gorbachev are needed – people who use their inner freedom and get off the wheel of power poker and retaliation. Then peace-capable negotiations become possible – inspired by humane values. It is to be hoped that Mikhail Gorbachev’s ideas for the construction of the European house will continue to be effective.

Queen Elizabeth II, who crossed the death threshold nine days after Mikhail Gorbachev, has shown how differently such an attitude to life can be lived in her 70-year reign. As her empire disintegrated, she held it all the more forcefully morally together wherever one wanted to stay in touch with her as Queen. And when Brexit further isolated the British Isles, she – the power of her office, unlike Gorbachev, could not write a book about her own views – wore a blue hat with yellow flowers – the colors of the EU flag – at the opening of parliament on June 21, 2017!

It is to be hoped that Mikhail Gorbachev’s thoughts on the construction of the European house and the global conciliatory heart of Elizabeth II will continue to be a source of inspiration for us in life. Conrad Ferdinand Meyer concludes his ‹Choir of the Dead› with the words: «We are still looking for human goals – so honor and sacrifice, ours are many!» A prosperous future for humanity needs cooperation with the deceased. 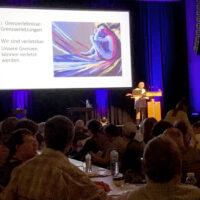 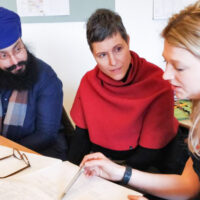 Next
The Waldorf Institute