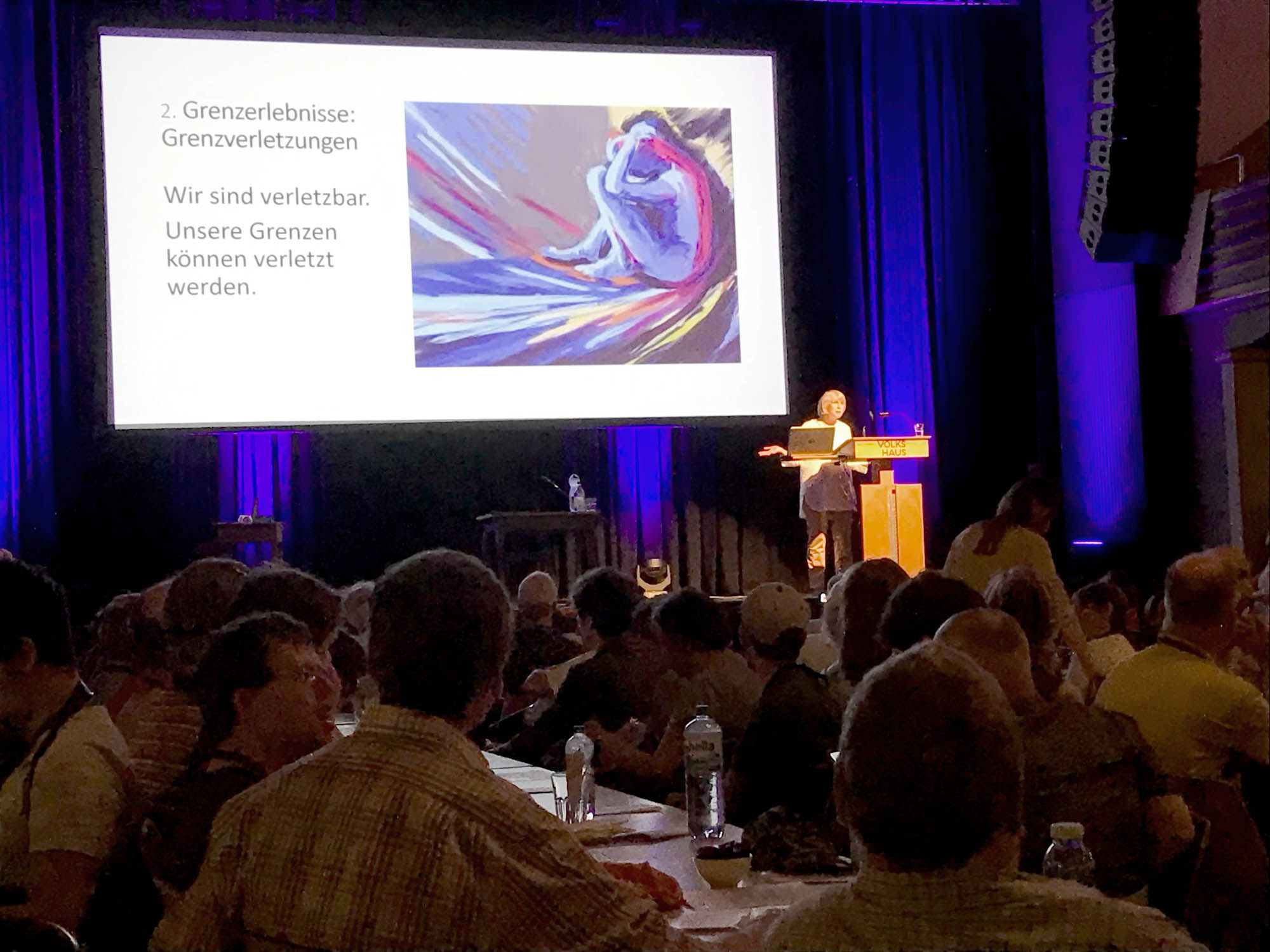 Inclusion means that people without disabilities are also welcome. In this spirit, the inclusive conference ‹Moving Margins› took place over four days in June 2022 at the Volkshaus in Zürich. Over 500 people from all over Europe came together for a celebration of encounters and exchanges to acknowledge, expand and overcome margins, with or without a disability – as each conference day passed, this question became more and more secondary.

The desire to hold an international conference for people with disabilities emerged in 2019. Two autistic people did not want to accept that the series of impactful European conferences should come to an end, because no one could be found who was willing to organize this type of conference. They rallied people together in order to get a better idea of the conference. Above all, they rallied the right people together, which lead to the formation of an organizing committee consisting of eleven people with and without disabilities. The committee combined not only idealistic abilities but also tangible conference experience and had the will to take on the challenges that organizing a conference of this size entailed. The main burden was borne by the Swiss Association for Anthroposophical Curative Education and Social Therapy (VAHS), socialartist.events, and the Zurich Integration Association.

The conference was planned for the summer of 2021 but had to be canceled due to the pandemic. Now it was a matter of putting impulses and plans on the back burner, without letting them die down.

In retrospect, the conference can be described as «successful!» There was a lot of cheering right from the start as various national delegations were welcomed. Naturally, Germany and Switzerland were most strongly represented at the conference, but Georgia, Romania, Portugal, and Great Britain stood out with a respectable group of participants. A total of eleven countries participated in the conference. Even a person from Russia had registered but was not able to attend due to the global situation. Instead, the person sent a video message, which was received with joyful applause. The first day was dedicated to everyone arriving and ended with a joint dinner.

A Colorful Bouquet of Working Groups

The next morning, it was down to business. Before the 25 or so working groups met for the first time, the conference participants received impulses on the topic of experiences with marginalization in the form of literary reading and two short presentations, all three of which got under the skin.

How do you ensure that several hundred participants find their way to their working groups, which take place on-site, but also in the immediate and wider surroundings of the Zürich Volkshaus, within a reasonable period of time? Without the large group of students from local schools and training centers, chaos would have broken out on the first morning of the conference. Instead, the groups swarmed out from the festival center under expert guidance in all directions and made it on time to their drumming course, choral singing, or working groups on topics such as self-determination in institutions, My Place on Earth, dealing with marginalization, and so on.

After lunch, a boat trip on Lake Zürich followed. The ‹Panta Rhei› was packed and the atmosphere was exceptional. The atmosphere was unique in general! The whole conference was characterized by an extent of cordiality and genuine feelings that one rarely encounters. Not only exuberance but also moments of high concentration set in. For example during the public stage events in the evening under the motto ‹play without margins›. At its core was the dance project ‹Human›. Students of a Waldorf school and young people with disabilities brought aspects of un-human rights on stage while dancing. These could thus be experienced in an impressive way.

A Conference Party that Raised the Roof

The days flew by. The last full conference day was already here. It started off with a panel discussion on ‹margin crossers and pioneers›. Not a discussion in which arguments were hurled across the room took place on stage, but a sensitively moderated exchange of ideas on experiences ‹on the margin›. Experiences with marginalization are often hard to deal with. Though saying yes to them or even expanding or overcoming margins leads to self-empowerment and thus to joy and fulfillment.

After the rather contemplative start to the morning, everyone went back to their working groups, some as reflective as the panel discussion, others quite movement-oriented, such as the folk dance group or the drum workshop under the motto ‹Big drums, little drums, they all are welcome›. 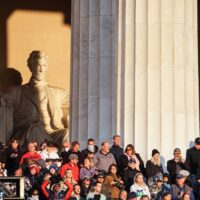 Afternoon excursions lead in all directions: historical and artsy city tours, the airport, TV studio Leutschenbach, an observatory – and by far the most popular: an excursion to the chocolate factory… A land of milk and honey not only for foreign guests.

In the evening the big conference party took place. The main act was Los Incluidos, the inclusion band from the Sonnhalde Gempen in Switzerland, with Alexander, the wild lead singer. Like Mick Jagger once was, he ran back and forth on stage, performed spectacular jumps, and also sang ‹A Star Was Born›. The crowd went wild. What a fierce end to the conference! The stage and hall seemed much too small for so much lightheartedness and zest for life.

On the last morning, it was time to say goodbye and thank you. To set off, back to the margins of everyday life, which may have become a little more permeable, but have certainly started to move. The conference was an experience for everyone that will not soon be forgotten. Thank you, Zürich! Translation: Simone Ioannou 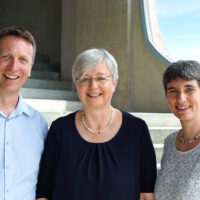 Previous
New Management of the Medical Section from Fall 2023 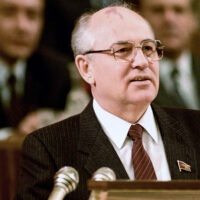 Next
A New Policy for Europe and the World