With this question in mind, the well-known Swiss television format ‹Sternstunde der Philosophie› [Great Hour of Philosophy] has broadcast a program on Anthroposophy.

The former section head and author Martina Maria Sam and the religious philosopher and Anthroposophy critic Ansgar Martins were invited. The moderation team, consisting of Olivia Röllin and Yves Bossart, made a very confident impression – interested and distanced, they tried to understand ‹Anthroposophy›. While Yves Bossart moderated the three-way discussion, Olivia Röllin visited various people as a reporter. For example, in the Münchenstein Waldorf School, in the eurythmy training in Aesch, and at the Goetheanum tour led by David Marc Hoffmann. Ansgar Martins said: «I am more interested in Anthroposophists than Steiner.» Steiner was a catalyst of ideas, but the scene is like a test tube for everything that happens. The presenter Bossart also admitted that he had read ‹Die Geheimwissenschaft im Umriss› [Outline of Esoteric Science] as preparation and had been a «somewhat spaced fantasy world» for him. Much in racial theory or «spiritualized German nationalism» (Martins) was pointed out very critically. At the same time, this criticism was made very neutrally and respectfully, and Sam and the other interviewees were able to express their concerns freely and put some things in perspective. In the end, Bossart surprised both guests. Sam was supposed to answer what Steiner had been entirely wrong about. After a short detour, she ended with the statement that ‹right› and ‹wrong› are not the appropriate categories, but that you have to perceive and examine everything yourself. On the other hand, fertility for life practice is also a criterion of truth. Martins, who, on the contrary, was supposed to talk about something Steiner was right about, also dodged at first. However, he then justified his interest in Anthroposophists: Anthroposophy is like a time capsule in which the 19th century was preserved. «And even if I’m not looking for truth in it, I’ve learned to appreciate what kind of busy people they are. And it is certainly not the case that Anthroposophists are dangerous or infiltrate society. I believe Anthroposophists themselves become the subject of conspiracy theories, even if they hold them themselves.»

Image Martina Maria Sam and Ansgar Martins with Yves Bossart in the studio of the show ‹Philosophie Sternstunde› from 10/30/2022, SRF, Screenshot. 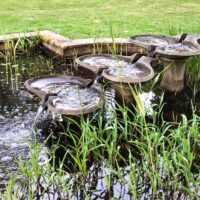 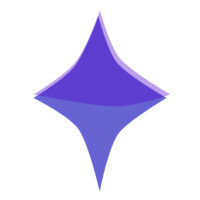 Previous
What Do I Mean by Standing? 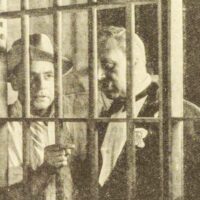 Next
«This Look Asked Me Something»