The French branch of the Weleda Group is forced to consider closing its pharmaceutical production as homeopathy is no longer reimbursed by the public health insurance in France. An example of complicated interactions between political, economic, and spiritual life.

On June 28, 2019, after nine months of work, the Commission for Transparency of the Haute Autorité de Santé (HAS) in France published a press release in which it announced that it «makes a negative statement on the maintenance of the reimbursement for homeopathic medicines.» The reasoning was «that these drugs have not scientifically demonstrated sufficient efficacy to justify reimbursement.» In detail, the committee cited four reasons: «1. Lack of evidence of efficacy (clinical data that do not indicate sufficient effectiveness or no data available), 2. no need for the systematic use of medicinal products (classical or homeopathic) for the treatment of diseases that are not serious or cure themselves spontaneously, 3. no thorough studies to assess the effects of homeopathic medicines on patients’ quality of life; 4. no attributable effects of homeopathic medicinal products on the consumption of other medicinal products, the reduction of the misuse of medicinal products, the number of hospitalizations, delays in treatment, or the organization of health care.»

In France, the health insurance system is primarily managed by the state. The reimbursement of medicinal products requires a statement from the HAS. Due to a ministerial decision in 1984, the HAS was not consulted on the reimbursement of the cost of homeopathic medicines amounting to 30 percent. Homeopathy, therefore, enjoyed a privilege that the state wanted to end in 2019. After the negative recommendation of the HAS, the minister decided to stop the reimbursement of homeopathy. On the one hand, some activists of the scientific methodology, such as the Nofakemed networks, which campaign against non-scientifically tested medicine, expressed their satisfaction. On the other hand, it was a severe blow to the affected laboratories in France: Boiron, Weleda, and Rocal-Lehning, who suddenly had to consider a decline in their sales without being able to assess the market development accurately.

The refund cancellation took place in two steps: in 2020, the reimbursement rate was reduced to 15 percent, and it expired in 2021. The new director of Weleda France, Ludovic Rassat, explains that the impact on sales in 2020 when reimbursement was reduced to 15 percent, remained limited to 20 percent because the supplementary health insurance policies taken out by more than 80 percent of The French continued to supplement the reimbursement to up to 100 percent. In 2021, on the other hand, with the end of reimbursement, supplementary insurance companies have stopped their supplementary contributions, so that for more than 80 percent of the French, the reimbursement fell from 100 to 0 percent. This led to a drastic decline in sales of 60 percent and losses of 13 million euros on a revenue of 11 million euros: an unsustainable situation. Measures now had to be considered.

According to an Ipsos survey conducted on behalf of Boiron laboratories in October 2018, 70 percent of people in France used homeopathy to relieve their first symptoms, 74 percent considered homeopathic remedies to be ‹effective›, and 71 percent thought homeopathy was an excellent addition to ‹classical› treatments. One might have assumed that the French would continue to use these medicines despite the cancellation of the reimbursement. However, this was not the case. According to Ludovic Rassat, there are several possible explanations for this. First, in France, unlike in many other countries, due to the historic health insurance system, it is not common for people to have to pay for access to treatments prescribed by health care professionals. For this reason, patients and prescribers prefer products that health insurance companies reimburse. Another factor that could play a role here is the damage to the image that homeopathic medicines suffer as a result of these negative reviews.

The measures planned by the Weleda Group to deal with the situation are historic and painful, especially for employees threatened with redundancies. Weleda France’s press release of 4 July 2022 states: «This project would result in the cessation of pharmaceutical production and medical information in France, as well as the discontinuation of the Weleda department. This would result in the cessation of production activities at the Huningue site (68) and an adjustment of the organization of activities at the headquarters. A total of 127 jobs could be cut at Weleda France.» If these reorganization plans are implemented, the company says it wants to support the employees affected by the cessation of business activities as best as possible.

The measures planned by the Weleda Group to manage the situation are historic and painful, especially for employees threatened with redundancies. 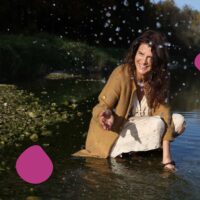 I Come From the Earth

It should be noted that these changes do not affect the company’s cosmetics division in France, and the group plans to launch several innovations in 2023. Also, the sale of medicines will not cease, as they can be manufactured in Germany and distributed by Weleda France. However, the range will be reduced. If this painful step is taken as planned, the director says there are still prospects for the future. First, appropriate measures must be taken to permanently provide Anthroposophical doctors in France with a sufficient number of references. But it is also about developing new strategies, for example, by focusing on drugs used in self-medication, such as Neurodoron.

However, this situation raises questions. The state’s intervention contradicts the desire of the majority of the population to use a particular type of medicine. It would have been desirable for the French state to take a more democratic approach to decide on this matter. In addition, proponents of homeopathy believe that the scientific methodology used for these decisions is not suitable for assessing this type of medicine adequately. (Homöopathie im Visier/Focus on Homeopathy). Despite some notable work, such as that of professor and Nobel laureate Luc Montagnier (1932–2022) on the memory of water, the question of the mode of action of homeopathy is still the subject of heated debates, which often seem to involve more ideology than scientific objectivity. Therefore, these events leave open questions concerning both the democratic processes and the state’s intervention in the health field, and the scientific procedures for evaluating this medicine.

Previous
For the Benefit of Calves 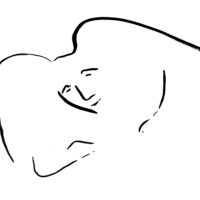 Next
Who Is Enthroned Above