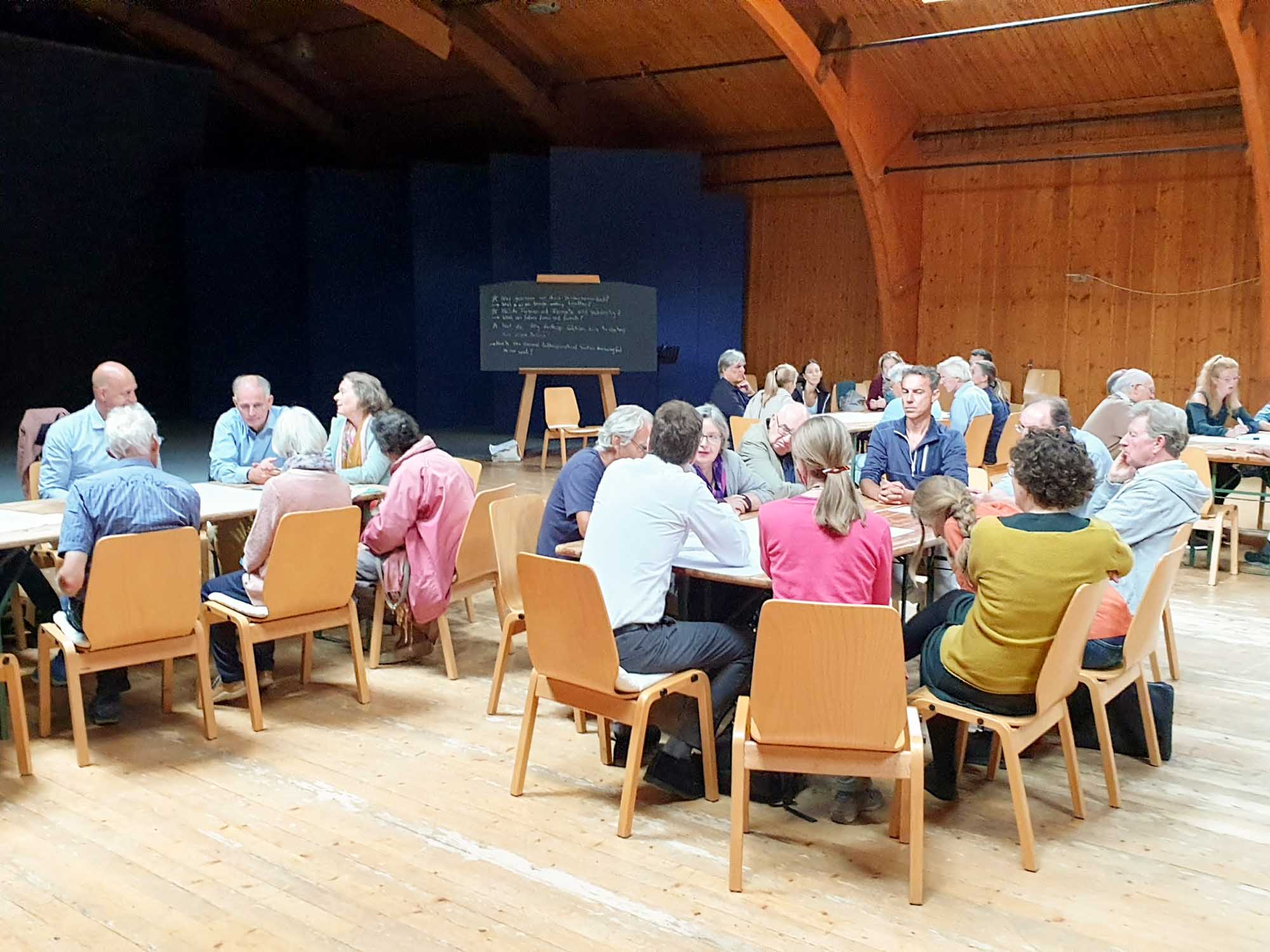 Stimulating Oneself Through Diversity

The approximately ten-member preparatory group of the ‹Living Connections› initiative and the General Anthroposophical Section, represented by Claus-Peter Röh, invited the planned conference members to a bilingual conference on the topic ‹Living Connections: Bridging the Abyss›. In the Goetheanum Schreinerei, people close to the initiative, meditation teachers, and people who wanted to get to know Anthroposophical meditation even better came together. During the three days, questions on the methodology of meditation exercises, meditation, contemporaneity, and the role of community building within meditative work were covered. It turned out that diversity of individual and meditative approaches bring ‹living connections› to life. To illustrate this diversity, Aina Bergsma and Johanna Lamprecht asked three participants about their experiences and backgrounds.

What Did the Meeting Mean to You?

Corinna Gleide: (Meditation teacher, director of the D. N. Dunlop Institute for Anthroposophical Adult Education and editor of ‹Die Drei› [The Three]): For me, the meeting was a reconnection to the original impulse that had begun in Järna in 2010. At that time, I was at the ‹Goetheanum Meditation Initiative Worldwide› meeting1, which originated from the Goetheanum and various foundations. We were about 100 people from all over the world concerned with meditation in connection with the university and/or were teachers of Anthroposophical meditation. The starting point for this initiative was the question of some foundations to the university management as to how they could contribute to a revival of the Anthroposophical impulse. Through these first and subsequent meetings, people came together, got to know each other, and began to work together, who were previously either loosely connected or not connected at all. From Germany’s perspective, I can say that it was very fruitful. A meditation movement developed – stimulation through diversity and cooperation. Larger conferences were organized, and articles and books were written. Meditation teachers arranged to meet regularly and hold telephone conferences, which still exist today and are very fruitful. With this in mind, I was now part of ‹Living Connections›. I found the meeting very stimulating.

Irena Vogel: (30 years old, is a eurythmy student in her third year and has known Anthroposophical meditation for about four years through regular weekend seminars): I had never attended a conference on meditation before. Even though the conference could not take place as planned, it was the first time I met so many people for whom meditation plays a role in life in similar or different ways. Before that, the exchange on this topic took place only in my well-known group, where I also got to know Anthroposophical meditation. So I was able to experience at the meeting that many people, old and young, share the same obstacles and barriers as I do when I dedicate myself to meditation.

The exchange gave me new suggestions and, above all, the will for my own meditation practice in everyday life. Through the encounters, it has now become possible for me to integrate an actual meditation into daily life because I have now lost the shyness and the obstacle of the ‹What?› or ‹How?›.

In addition, this meeting awakened the impulse to make Anthroposophical meditation accessible to young people in particular. For a few weeks now, I have been giving interested parties insights into Anthroposophical meditation in a private setting so that we, as a new group, always with very different line-ups, make our first experiences in this field. It was precisely for this that the meeting gave me courage and confidence.

What Do You Need for Your Further Interaction with Anthroposophical Meditation?

Wolfgang Tomaschitz: (Social researcher in Vienna and regional representative of the Anthroposophical Society in Austria): Personally, I need peace, joy in practicing, and the courage to trust my experiences for my meditation. As a group of people who want to practice and present Anthroposophical meditation, we need – I think – an understanding of what the basic introductory exercises are that belong to an Anthroposophical practice path. The joint development of such a methodological canon, which can be handled freely and undogmatically, would undoubtedly be possible for the first steps of the practice path and a worthwhile goal for the network Goetheanum Meditation Initiative Worldwide and all those who have recently joined.

Irena Vogel: For further interaction with Anthroposophical meditation, I need the will to continue what I have started daily in my everyday life. I want to pass it on to other young people. In addition, the group and the people with whom I meditated together were very important to me from the beginning because the experiences can be deepened, and an exchange of experiences is possible. I also experience this meditation in the group as an essential part. I want more people already familiar with meditation to pass this on and thus create new groups. Since meditation has long since arrived in society, especially among the younger generation, I hope that Anthroposophical meditation will also have its place – it thus needs people who want to carry it on. In addition, I need even more exchange with other people beyond my own group, as was possible at the meeting.

What Role Does Community Play for You Concerning Your Meditative Practice?

Corinna Gleide: As a meditation teacher, I see above all that we work on a spiritual community through meditative work in meditation groups and simultaneous meditation in different places. It is about strengthening spiritual powers for the individual participants and the world in difficult times. 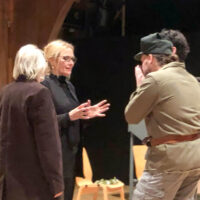 Wolfgang Tomaschitz: I am convinced that even very intense and deep meditation experiences – perhaps especially these – need confidential conversations to round themselves off, to be revised and really understood. The phenomena have become so complex, even for popular empirical research in the natural and social sciences, that only teams can unravel them. I believe this also applies to the relationship between individuals and the community regarding meditation. However, this requires – to paraphrase Claus Otto Scharmer – a few courageous steps in the dialogue space, which, as is well known, lead from politeness to the expression of differences and joint exploration into the ‹common presence› of the sources and what is possible in the future.

What Distinguishes Anthroposophical Meditation? What Is Special About It?

It is a question that can be answered in many ways, even controversial ones. Bart Vanmechelen, co-head of the Anthroposophic Council for Inclusive Social Development and long-time contributor to the Goetheanum Meditation Initiative Worldwide, highlights three fields of work essential for Anthroposophic meditation: study, inner exercises, and practical realization. The study is about the study of Anthroposophy, in particular, of Rudolf Steiner’s works. Here one encounters a clear description of the steps of consciousness and human evolution in a way that enables one to understand for oneself what one is experiencing in one’s meditation. The inner exercises are the exercises given by Rudolf Steiner, for example, preparatory exercises such as secondary exercises that can be done before or during meditation or exercises to strengthen the internal forces that are needed in meditation. The practical realization is about the ability to carry the fruits of meditation into working and everyday life. These three crucial fields of work accompany the Anthroposophical form of meditation. They interact mutually, and together they affect the meditation practice as such. This interaction with and between the fields of work gives Anthroposophical meditation a unique, exceptional quality.

In summary, Bart Vanmechelen emphasizes the researching, conscious quality of Anthroposophical meditation: Human beings strive for clarity about which steps they take during meditation and seek to articulate their experiences for themselves and possibly for others. In addition, Anthroposophical meditation is not only done for oneself but for fellow human beings, work, and life. This requires moments of inner peace, the formation of internal space – the fruitfulness of which is, in turn, given to the world.2 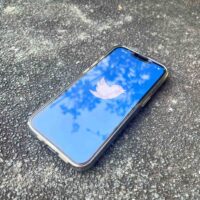 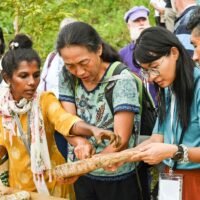