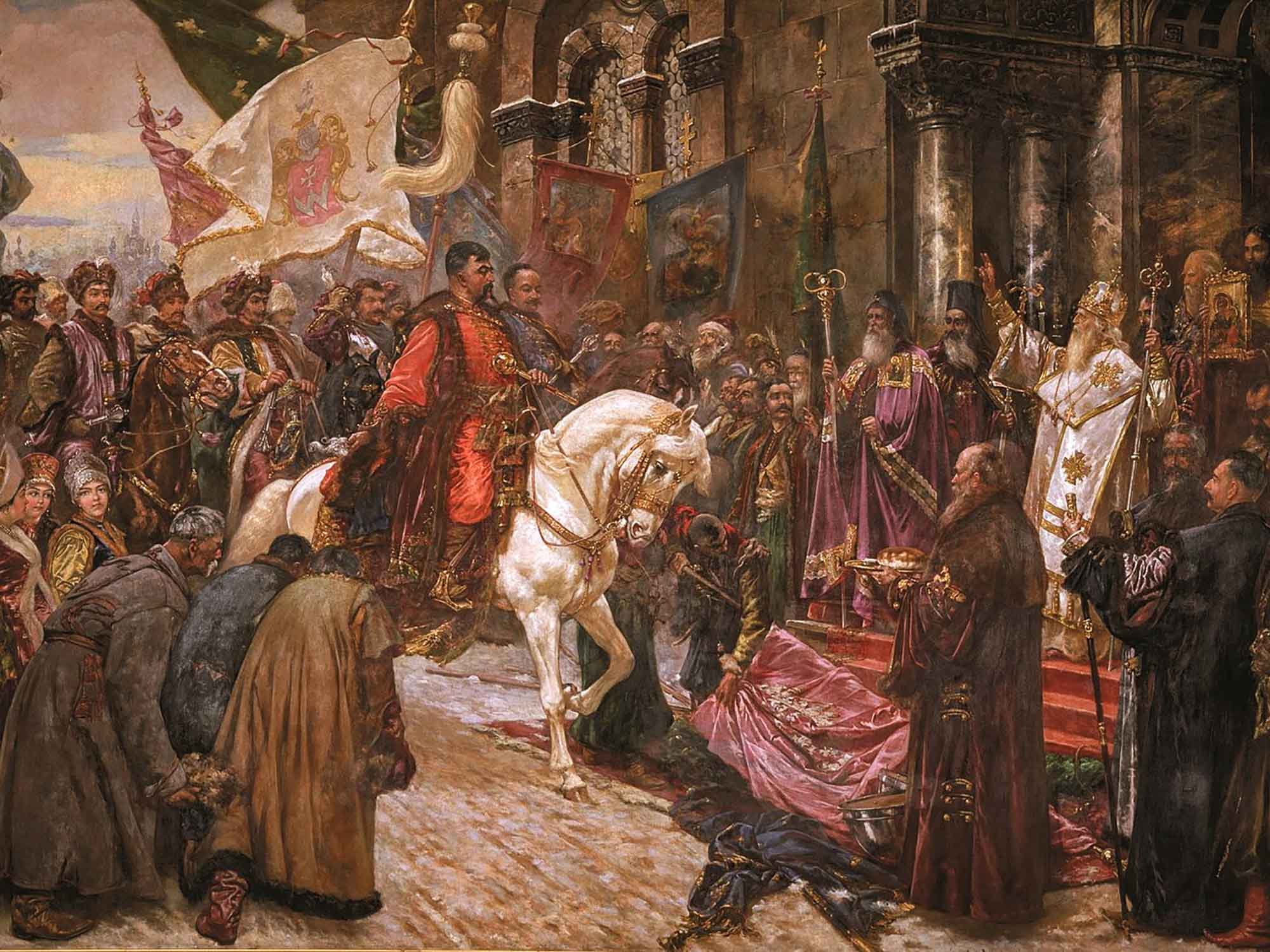 The Identity Of Ukraine

‹Ukraine does not have its own identity – it has always been Russian.› This narrative from Moscow caught on in the West. Now that the country’s sovereignty is under threat, it is all the more important to become aware of its identity. Current publications help with this.

Under the title ‹L’Occident est bien plus influencé par l’impérialisme russe qu’il ne l’admet› (‹The West is much more influenced by Russian imperialism than it admits›), the French daily newspaper ‹Le Monde› published an interview with Mykola Riabchuk, head of research at the Ukrainian Academy of Sciences, on May 9, 2022. «In the foreign press and in the speeches of leading politicians, it is often heard that Ukraine is divided, which perfectly coincides with the claims of Russian propaganda,» says Riabchuk. «The West is much more influenced by Russian imperialism than it admits.» He adds that the West had no awareness of Ukraine’s existence before it gained independence in 1991. Thus, ‹Russian mythology,› which is still widespread today, could «pass as scientific truth on an international level.» In most textbooks from American and British universities for courses in Eastern European History, «Ukraine is portrayed as a ‹natural› part of Russia,» said Riabchuk, who looked at these textbooks. They were often written by Russian emigrants «and served to train generations of regional experts and journalists.» At the end of the interview, Riabchuk contrasts this view with an outline of Ukraine’s history.

From Polish Influence To Autonomy

Before Ukraine was annexed by Russia, it had been under Polish control for a long time. This was especially true during the Two Nations Republic (1569–1795), which consisted of the Grand Duchy of Lithuania and the Kingdom of Poland. «This experience helped to anchor Ukraine in Europe in terms of political values,» Riabchuk said, as the Polish-Lithuanian state functioned on a much more open basis than Russia, «where perfect despotism prevailed according to divine law.» With the founding of the Cossack State in the 17th century, Ukraine experienced a phase of autonomy, Riabchuk said. «This moment is fundamental to the emergence of Ukrainian identity as it established a quest for freedom embodied by the figure of the Cossack as a freedom fighter – a popular theme in 19th-century romantic literature.» Historical sources show how during this period the Cossacks became carriers of Ukrainian independence, which was initially defined exclusively in contrast to everything Polish but in the course of the first half of the 17th century also laid the roots for an independently conceived Ukrainianism.1

Only at the beginning of the 18th century did the Tsar and later Emperor of Russia, Peter the Great, transform the then still so-called ‹Muscovy› into Russia, Riabchuk explains. However, the Russian Empire initially expanded to the east, towards the Pacific. «At that time, there was hardly any contact between Ukraine and Moscow.» Ukraine only came completely under Russian control at the end of the 18th century, and most of what constitutes Ukraine today lived under Russian rule. Their own language was banned, and intellectuals were persecuted. Europe served as a symbolic point of reference «to oppose Russian imperialism. Ukrainians began to say, ‹We are not Russians, but Europeans.›» Thus, during the spread of Nationalism through Europe in the 19th century, Ukrainian identity was «consolidated.» Since this founding moment, the Ukrainian population has seen itself as a European nation. «Contrary to what you hear, there is no natural closeness between Russians and Ukrainians, but the national aspirations of Ukrainians have long been directed towards Europe,» says Mykola Riabchuk.

The Swiss historian Andreas Kappeler, a long-time historian of Eastern Europe based out of Cologne and Vienna, has come to similar conclusions. In his 1994 book ‹A Little History of Ukraine,› he explains that Ukraine has centuries-old traditions of language and literature, statehood, and history that are clearly different from those of Russia. Kappeler’s research confirms Riabchuk’s statements, made in the time of war and arising from a specific historical viewpoint. As early as 2008, Vladimir Putin tried to convince US President George W. Bush that Ukraine was not a state at all. He justified the annexation of Crimea by saying that it had always been an inseparable part of Russia. Helmut Schmidt reflected Moscow’s claim to Crimea with the remark that among historians, it was controversial «whether there is a Ukrainian nation at all». A misjudgment, according to Kappeler, who notes that the West regularly adopts «the Russian view, which has had the sovereignty of interpretation for two centuries.» In his 2017 book ‹Unequal Brothers: Russians and Ukrainians›, Kappeler writes about the differences and parallels between Russians and Ukrainians from the Middle Ages to the present day. He decries Putin’s speech to justify the annexation of Crimea as a collection of historically «false claims and distortions» and instead sees possible claims to Crimea among the Muslim Crimean Tatars.2

Freedom, Brotherhood, And Equality In Ukraine

‹Both Russians and Ukrainians see their national roots in Kievan Rus.› This is questionable because from the 9th to the 13th century, Kievan Rus can be seen as a community of different principalities, originally founded by Scandinavian Vikings. Moscow, which was founded later, was not one of them. Kappeler points to the lack of temporal continuity: the Ukrainian and Russian populations developed very differently and were exposed to different influences – the Russians to that of the Mongols, the Moscow Princes, and then the Tsars, and the Ukrainians to Poland-Lithuania and the sprouting of their strong Cossack culture. «In Ukrainian historiography, the Cossacks played and continue to play a much greater role than in the Russian one,» writes Kappeler in his book ‹The Cossacks,› referring to the Hetmanate founded on Ukrainian soil in 1648. «Ukrainian historiography is more uniform than Russian: it focuses on the Ukrainian Cossacks as the most important carriers of an early modern Ukrainian nation.»3

In Moscow, autocratic forms of government prevailed, and they kept their distance from Europe’s social awakening. By contrast, in today’s Ukraine, there is a lot of sympathy for the ideals of the French Revolution and its democratic strivings. Even if this European political culture may not have yet materialized in Ukraine, according to Kappeler, it is «the most important Ukrainian national myth» that was revealed in the demonstrations on the Kyiv Maidan of 2013/14 against President Viktor Yanukovych. Surely he would add today that this is also revealed in the resistance to Putin’s war as a representative of the great power Russia, which bases its attack on Ukraine on a conception of history that denies Ukraine as a state and culture.4 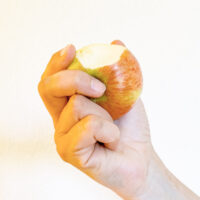 Previous
For Freedom of Choice in Genetic Engineering 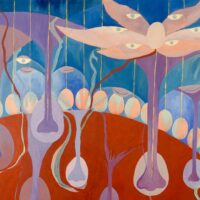 Next
Zvi Szir Art Classes in the US