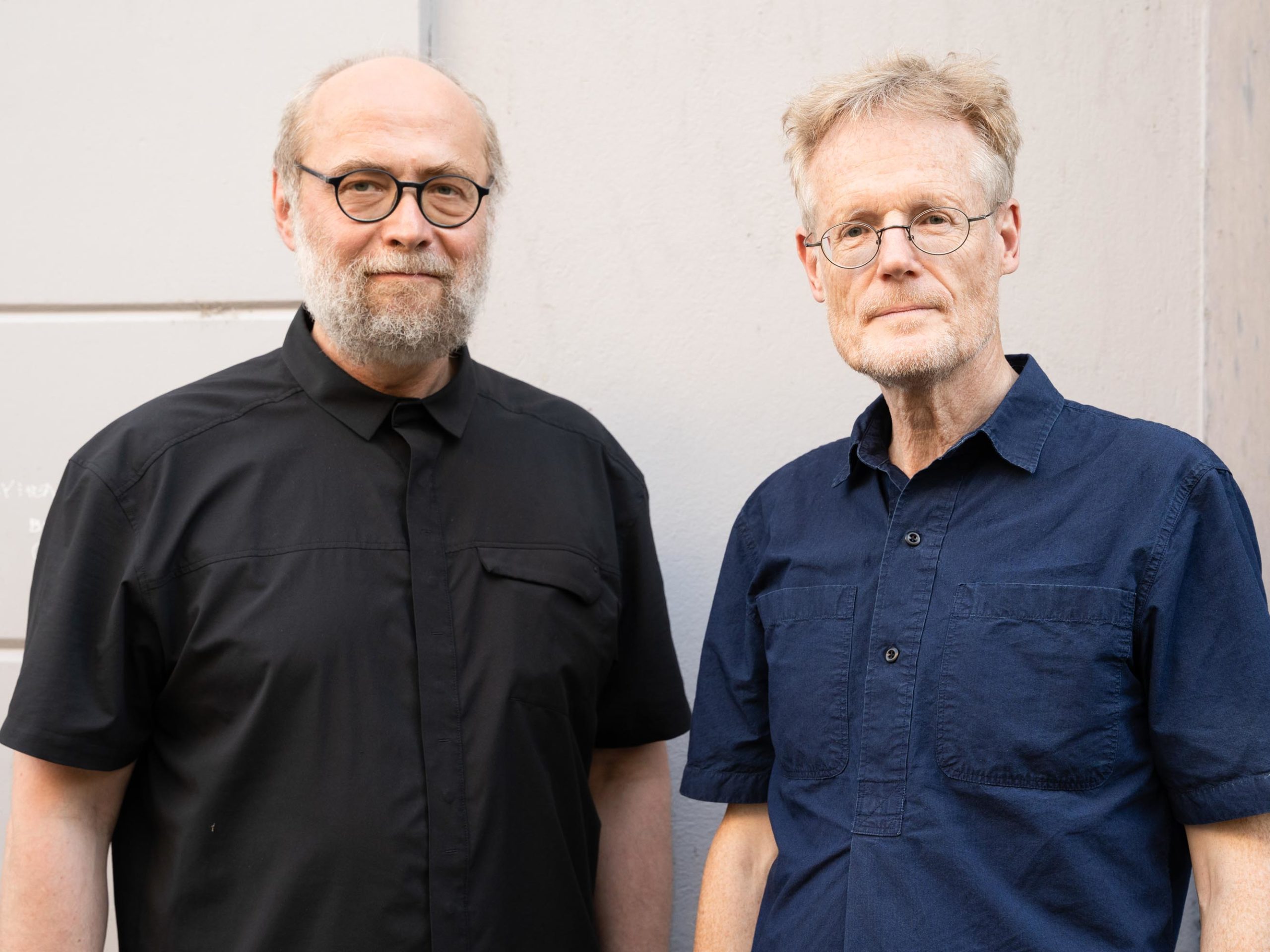 Questions of Freedom – Declarations of Love to a Spiritual Philosophy

Questioning after knowledge and freedom inspired Renatus Ziegler to tackle a project that had been in preparation for a long time: to make ‹Philosophy of Freedom› accessible in such a way that its content could be worked through and experienced independently, through questions, exercises and reflections. ‹The Letters› were created as a collaborative project with the Philosophicum Basel. Christiane Haid had a conversation with the author and the founder of the Philosophicum Basel, Stefan Brotbeck.

What does freedom mean to you?

Renatus Ziegler: To me, freedom is the connection of an impulse arising from my innermost activity with the possibilities, challenges, necessities, questions, and needs of my environment and fellow human beings. Intuitive impulses that come through deep thought have a cleansing power, and they serve to shape the world around us and promote the transformation of consciousness.

Stefan Brotbeck: Freedom is a declaration of love to the human being’s potential for transformation and thus also to the star of transformation that we call ‹Earth›. Transformation is a meaning- or intuition-driven change that embraces both self and world and involves the whole human being – head, heart, and hand. It is the term I use when I want to understand who I am. But freedom also includes a willing interest in the freedom of others. Freedom asks about You, about the Other. It is the source of meaning in encounters. This is the aspect that moves me most deeply: the philosophy of freedom is also a ‹dialogosophy›!

How did you come across the ‹Philosophy of Freedom›?

Ziegler: I grew up in an anthroposophical family, but in my youth decided to explore Anthroposophy from a scientific point of view via the basic philosophical writings. I became familiar with the ‹Philosophy of Freedom› very slowly, though I didn’t experience a particular moment of enlightenment. Through my own studies and participation in working groups, I became more and more familiar with it. However, I did not understand many things in sufficient detail at first. I remained devoted to the work, though, and it still accompanies me through life.

Brotbeck: After exploring my father’s philosophical library as a teenager, which was both a formative and foolhardy experience, I also came to read the ‹Philosophy of Freedom›. I remember very well how I was moved by one sentence in particular: «It is said that love blinds us to the weaknesses of the Beloved. The matter can also be approached the other way around, stating: Love opens the eyes precisely for their qualities. Many pass by these qualtites unaware, without noticing them.»

Has the book changed your lives?

Ziegler: By dealing with this work, I gradually learned that it was about having a reason for experience, which allows one to independently unlock what is presented there: one can not only understand the content, but also independently find and recognize it again and again through activity in one’s life. One gradually becomes the author of one’s own, never-ending work of freedom. This results in a more refined and clearer view of all kinds of questions in life.

What were your decisive questions and experiences, approaching and going through the book?

Ziegler: The more one delves into the work, the more one experiences its complexity and intricacy. It addresses a wide variety of topics from different points of view. Steiner’s open-ended, seemingly fuzzy expressions can thus become gateways to deeper insights.

Brotbeck: The book opened up two perspectives for me in particular: 1. The [metatheoretic] insight that cognition and action go together – they are the two tasks and sides of freedom. 2. The experience that acumen and wit belong together – it is about the connection of abilities to see difference in similarity and similarity in difference.

How relevant is the 100-year-old book today?

Ziegler: Inner and outer freedom is a topic that is still widely and controversially discussed. The questions, objections, and concerns have largely remained the same. Moreover, Steiner’s approach makes it clear that the starting point and core of freedom is based on the inner autonomy of goal formation and not in the realization or success of these intentions. The decisive aspect for freedom is not whether I can do what I want, but whether I can clearly and devotedly want what I intend to do.

The really dangerous attacks on freedom, therefore, are not the obstructions or restrictions of my possibilities to express myself or act, but the distractions and impossibilities of inner reflection – the prevention of my education and the patient development of inner freedom acquired by my own initiative. The spiritual center of my potential for freedom cannot be threatened, but the possibility of its individual practice and thus of its formation in the present as a basis of development for the future can.

The continual relevance of this work also consists in the fact that Steiner’s consistent connection of epistemology and the doctrine of action/freedom (ethics) has hardly reached awareness today.

What was your experience with seminars on this book? 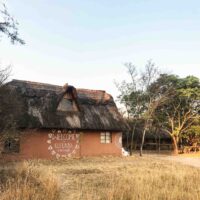 What difficulties does this work bring with it?

Ziegler: The main difficulty is that the book does not live up to the expectation of knowing what freedom is after reading it, because you then have to implement what you have learned. It is a workbook that, like a musical score, must first be turned into to sound. The text is only a suggestion: the implementation must be accomplished on your own. Relevance and presence of mind are not found in texts, they can only be provided by human beings acting through their ‹I›.

What help do readers need today? Renatus, what impulse do you associate with your ‹freedom letters›?

Ziegler: Of course, the most famous and beautiful quotes mostly come from the second part of the work. However, I would like to make clear with my exercises and explanations how fundamental the first part of the book is. Here the foundation of philosophy as an empirical science is laid (or, also: the anthroposophical core of philosophy is revealed). From the very beginning, it is about freedom, namely the freedom of thought and cognition as the indispensable basis of freedom of action in the world. Only here can I really learn what it means to be an independently conscious and cognizing spirit; only here can I realize the well-founded hope that the world is fundamentally understandable and able to be thought through – and thus also my own actions as part of the world are understandable as well, even if I rarely succeed in achieving that in detail. From there, only ‹small› steps are necessary to achieve freedom of action. The book is a book of life for the present age. It opens a field of experience that is available to every contemporary human being. They learn to experience that philosophy can be an existential enterprise and an expression of freedom in itself, in that they can freely take their own and other’s questions and transform them into their innermost concerns.

Brotbeck: Readers need to be able to master a balancing act. We can fall to the right or to the left. Falling to one side, the book turns into a kind of holy scripture. It is valued in the wrong way, so exaggerated that one can remain in its shadow at best. The other fall consists of the fact that one does not get tired of trying to prove that, all in all, the book reveals nothing that is not already written elsewhere, and perhaps even better. Both are expressions of a largely self-caused inability to think creatively, on the one hand in form of sectarian anti-academics, and on the other hand in form of academic anti-sectarians.

What impact do ‹the Letters› have on you, Stefan?

Brotbeck: They strike me as objective and, for that very reason, highly individualized invitations into experiential philosophy. Experiences are not information from a sensual or supernatural peep-box world, but justifiable testimonies of existential meaning. ‹The Letters› are declarations of love to a spiritual philosophy that enables the discovery of spiritual meaning. The most beautiful thing is that they contribute to the insight that Anthroposophy is not only rooted in philosophy but that it can also ‹blossom› into a new understanding of philosophy.

Information: ‹The Letters› are available on the websites of the Section for the Literary Arts and Humanities and the Philosophicum (in German). More information about ‹the Letters› and the work of Renatus Ziegler can be found at Reines Denken

Next
Symphony of Souls