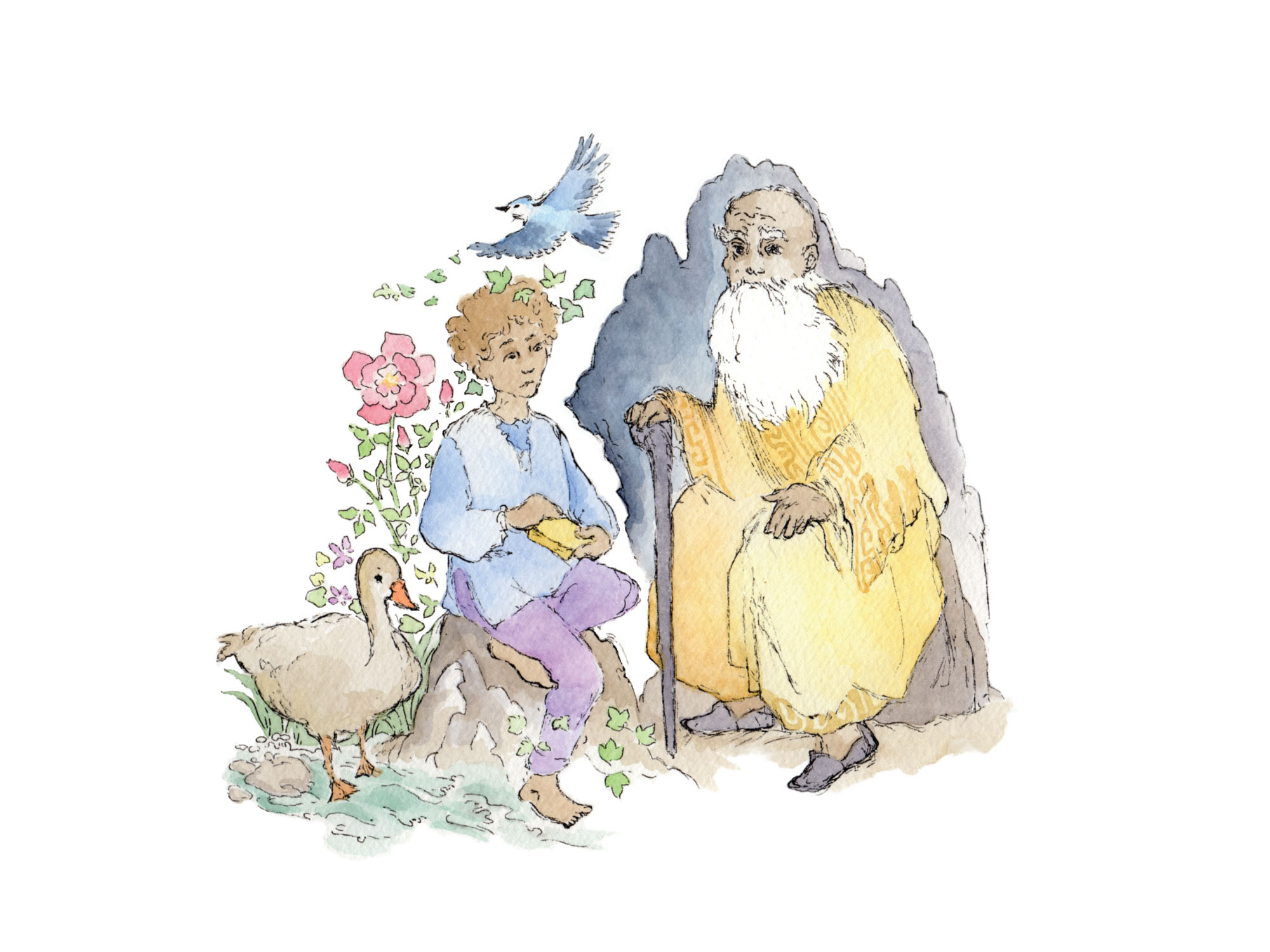 Novalis and the Healing Art of Fairy Tale

Novalis greatly appreciated fairy tales, seeing them as the highest form of literary expression. Some people are surprised by this. When I tell acquaintances that I make videos of Novalis stories and other fairy tales, they often smile and say, «That’s nice. I will give them to my grandchildren.»

But for Novalis, the fairy tale was for everyone, especially adults. Rudolf Steiner, echoing Novalis, also emphasized that fairy tales are healing. During the long months of isolation, we were able to learn in the Section why Novalis valued the fairy tale so highly. Of course, through Waldorf education and parenthood, I had understood the value of the fairy tale for children. Until the pandemic, however, I had not clearly recognized how much healing power fairy tales have for adults.

Every adult needs to hear a real fairy tale the right way. There is a reason why fairy tales are read to children in the evening. The time between sleeping and waking is magical. During this semi-wakeful experience, sometimes very brief, we float between the world of our outer senses and the inner world of the mind. This magical intermediate realm is where light and shadow mix and where the fairy tale breathes. Experiences with music are similar. Floating and breathing in this realm of spiritual archetypes allows the fairy tale to penetrate the etheric body in a similar way to music. However, if we are too awake, too critical, and tending toward criticism, we completely miss this moment and lose the usefulness of the fairy tale for healing as well as ‹teaching› the soul.

Novalis noticed and demonstrated that the fairy tale must be of the right quality, told in the right way, and received with the right inner attitude. We hear so many distorted fairy tales, and we revel in them. They are omnipresent on social media and permeate our thoughts, meditations, and sleep. But every adult has an inner child who needs to hear a true fairy tale. Perhaps the adult does not allow the child to hear such ‹stupid› stories. They would rather explain the hidden meaning of the fairy tale, say wise things, teach lessons, or talk about good and evil. But the child simply wants to enjoy a ‹narrated opera›. Novalis said that Goethe’s ‹Fairy Tale of the Green Snake and the Beautiful Lily› was a ‹narrated opera›. Not opera in its completely musical form, but narrated, which means a spoken opera.

An Angel on the Shoulders

William Blake, a contemporary of Novalis, depicts in one of his ‹Illuminations› a person carrying a young angel on his shoulders.1 This image is a useful and healthy idea that we can live with, in these difficult times. Imagine carrying an angel child on your shoulders. It’s with you all the time. How does angel child feel? Is it happy, sad, scared, worried, angry, sick? Is it having a fit, or perhaps fearing the world and other people? Is it afraid of existence because you only ever tell it disturbing stories, didactic narratives, or conspiracy theories? Do you think the angel child must learn to be critical, astute, and clever for its own good? Rudolf Steiner reproduces the words of Wilhelm Grimm, which contain the same idea of the angel child: «Fairy tales and legends are comparable to a good angel who is placed at the side of a human being from birth as a companion on their journey through life in order to be a faithful comrade – it offers camaraderie and makes life inwardly a truly animated fairy tale!»2 There is hardly a better definition of magical idealism than this. Life could or perhaps should become a truly animated fairy tale. Novalis said that life should become a ‹novel› – a work of art, a work of poetry. Goethe also had this idea: life as a work of art. ‹Magical Idealism› is an expression that Novalis often used to explain the spiritual path of the poet. For him, every free and ethical person who awakens to the reality of imagination and mind is a poet.

Steiner also pointed out that the original narrators of fairy tales were rhapsodists. «In the lectures on fairy tale poetry of June 10, 1911, Rudolf Steiner called the medieval storytellers ‹rhapsodists›. In fact, in ancient times and in many places until well into the 20th century, fairy tales were performed in a kind of chant.»3 The poet Novalis was not a practicing musician, but he understood the inner nature of music, its healing and harmonizing power. He knew very well that music lives in us and breathes through us if we allow ourselves to inhabit this magical ‹in-between› that occurs between waking and sleeping. It can be an experience that we also have in times of meditation. The musical quality of this intermediate experience is the reason why I find the term ‹narrated opera› so fascinating and helpful when it comes to understanding the fairy tale as a healing art. During one of our Section meetings on the ‹narrated opera›, we watched Ingmar Bergman’s film adaptation of Mozart’s ‹Magic Flute›. Bergman paid special attention to the topics described here. During the overture, his camera moves over the faces of many people, young and old, each with a different background. In every face, we witness the healing power of music and fairy tales. The facial features become softer, the soul expands and the inner ‹angel child› begins to breathe and blossom. Novalis would certainly have appreciated Bergman’s production.

Novalis’ fairy tale ‹Hyacinth and Rose Blossom› begins with the words: «You have not yet loved, poor you.» It can be found in the book ‹The Apprentices of Sais›, a book full of brilliant conversations and lectures about nature and the relationship of man to nature. I can remember the time in university when I loved having theoretical conversations and discussions throughout the night. But if we chat all the time like students who are passionate about ideas, if we are more interested in maps of nature than experiences in nature, we do not have the calm soul mood of consciousness, sensitivity, and artistic devotion to hear the gentle healing voice of nature. We are stuck in the chatter of personality. The angel child on our shoulders is bored, gets sick, or has a fit, pouts, and does not want to talk to us. The hero of the fairy tale, Hyacinth, is a good example of this. He is melancholic and «constantly grieved about nothing at all, always went quietly by himself, sat lonely when the others played and were happy, and was hung up on strange things.» When a mysterious stranger, a grandmaster of occult sciences and high-flying philosophy, comes to the city, the young man Hyacinth ‹falls in love›: «Tell me the deep secrets of creation, master! Give me the key to all mythologies!» The stranger takes hyacinth under his wing. «Follow me, my little friend! I will teach you!» He initiates hyacinth into all sorts of occult secrets and gives him many lectures. He even gives him a special book, the most special book ever written. It is so special and so wise, it contains such incredibly deep secrets about creation and humans that no human being can read it, Novalis tells us.

Hyacinth spends all his time with the Master. They take long walks and have deep conversations, even descending into deep mine shafts to search for secrets. Hyacinth wants to complete the entire course and at the same time, he is becoming more and more unhappy. So much so that he loses interest in life. He turns away from his beloved rose blossoms and his parents, suffers, becomes depressed, and becomes more and more estranged from the world. Then, Novalis tells us, Hyacinth meets the wise old woman in the forest, who says: «Show me this special book of the stranger!» He shows it to her. She takes the most secret book with the highest esoteric wisdom ever written and burns it right before the young man’s unbelieving eyes. Hyacinth cries out, but the old woman gives him a dose of enlightenment on the spot, and the boy is transformed. But he goes from one extreme to the next. Oh, the youth! He runs home and tells his parents and rose blossoms that he is leaving them and going to a faraway land. Although he is freed from the splendor of the book of the stranger, he is still deceived about many things and especially about himself. This is the essence of initiation. It is progressing step by step. Especially when you think you have understood something, it goes back to the beginning, to the «Once upon a time …».

Hyacinth leaves his home and goes in search of the Great Mother, the goddess Isis, the veiled goddess who keeps the true secret – the open secret – of life, nature, and being human. Hyacinth wanders around like a Parzival. His most important moments of learning and initiation take place when he is silent and listening and is completely alone with himself and nature, in peace and silence. In this respect, he is not like Faust, who almost never sits down and remains silent. But hyacinth keeps quiet and falls into the silence of the question that guides the search. He becomes like the character of the fool in the fairy tale. He listens to the flowers and talks to birds and clouds. 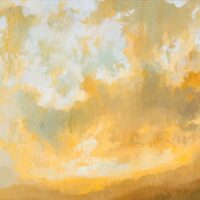 The Dawn of the Beautiful: A Utopian Future?

He learns to sit and breathe and to pay attention to the inner world, which is the outer world. He learns the art of boredom and begins to sense the eternal flow of life that stretches between the ego of human beings and nature, like a lemniscate. Like a Parzival who drops the reins of his horse and allows the horse to find its way without interference, Hyacinth slowly becomes calm, receptive enough, and childlike wise enough to find his way to the Grail. In this case, the Grail is the veiled goddess Isis. He enters the quiet middle of the spinning wheel. And what does he discover there? 4

Novalis will tell you everything you need to know. Novalis will not give you another stranger’s book or even his own book. He will enable you to appreciate an open secret and go your own way, write your own book. This novel is called ‹My Life›.

The entire ‹Heinrich von Ofterdingen› can be read as a thought experiment in which Novalis explores this theme of the healing art of fairy tales. Heinrich, the young hero, longs to become a poet. But remember that for Novalis, ‹poet› means a free and spiritually alert person. Read the Novalis novel again. You may remember reading it before. Or you even remember that you wrote it – a long time ago or in one of your dreams. «Where are we going? Always home.» – Novalis, ‹Heinrich von Ofterdingen›.

More about the illustrator: Ellapointe Studio 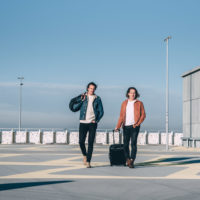 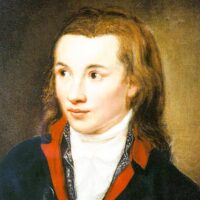 Next
Novalis, a Guardian Spirit