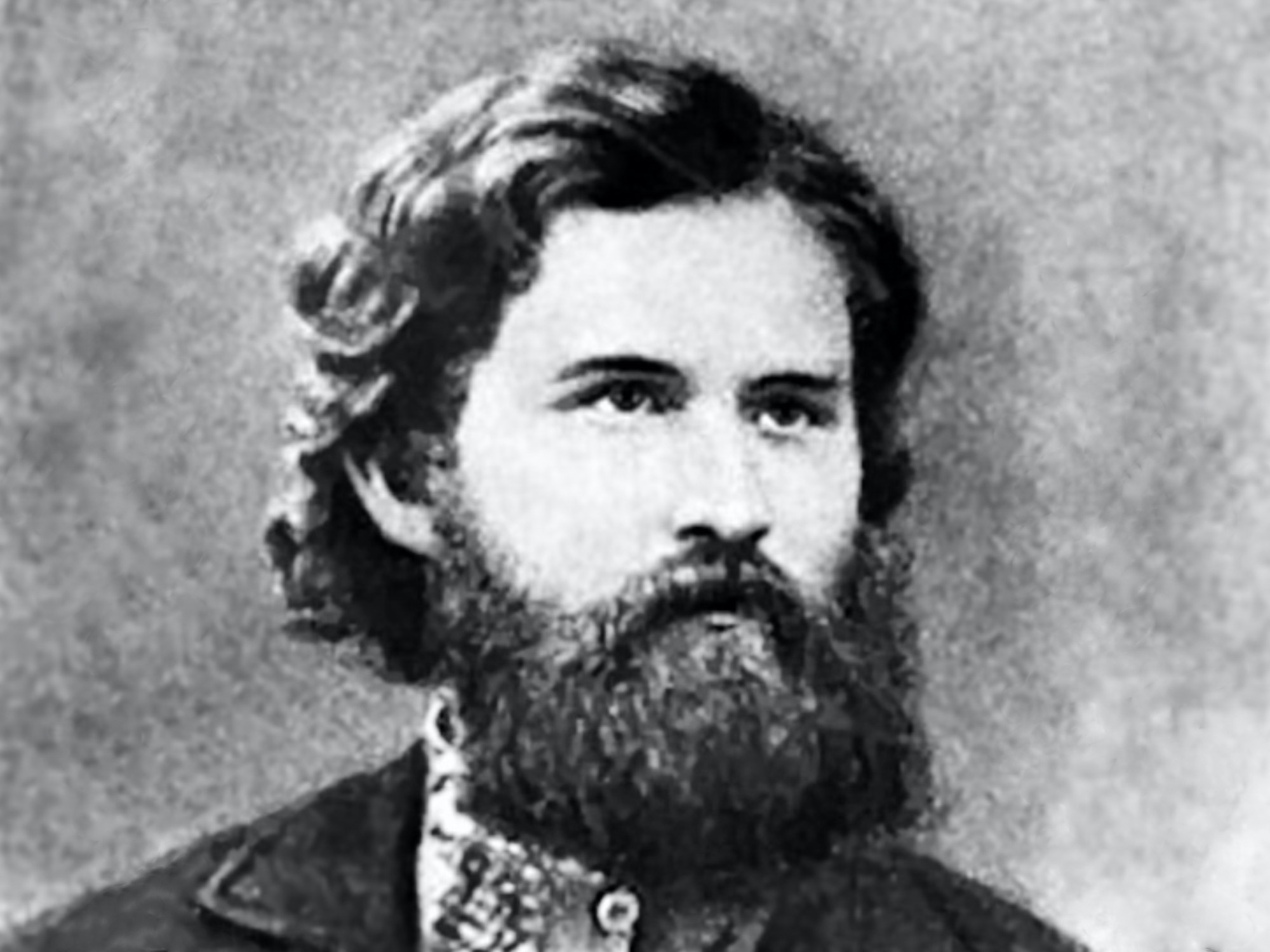 Vladimir Korolenko and the October Revolution in Russia

The other view of the contemporary witness Vladimir Korolenko – translated by Rosa Luxemburg. On the 100th anniversary of the human rights activist’s death.

While in prison in Breslau, Rosa Luxemburg edited the work of the Russian writer and humanist Vladimir G. Korolenko in prison in Wrocław, whose stories she translated into German. In addition to a very detailed overview of modern Russian literature, she translated, notably, the autobiography of Korolenko, ‹Die Geschichte meines Zeitgenossen› (The Story of My Contemporary Times), as well as six letters from Korolenko to Lunacharsky. Korolenko was a sharp critic of the Bolsheviks’ methods of establishing a socialist society and was officially hushed up during the Stalin era. Although not an enemy of a revolutionary overthrow, he officially condemned the policies of Soviet power. In the Tsarist Empire, he had repeatedly fallen out of favor; already as a student he was convicted and later exiled to Siberia.

Korolenko died in 1921, held in high esteem by the common people. In 1920 he exchanged letters with the People’s Commissar for Education and Popular Enlightenment, Anatoly Lunacharsky, which was not to be released. Lunacharsky had promised that he would answer Korolenko’s critical letters against the government in order to later publish both. This never happened. By 1920 it was no longer possible to express one’s own opinion. Because of his moral position with the people and the benevolence of the People’s Commissar, Korolenko enjoyed a special position. The letters were published in Paris in 1922 and in the Soviet Union only shortly before its fall in 1988. Helmut Hauck printed the letters in 2013 in the booklet ‹Späte Begegnung› (Late Encounter). On the occasion of the 100-year anniversary of the letters in 2020, Hauck wrote an acknowledgment of the author and describes their content by proving with the following publication what is inherent in social upheavals. In doing so, he once again exposes the drama that is actually inherent in all revolutions without exception, and even more so in civil wars.

Lenin pointed out that the October Revolution, in its first stage, had been the most peaceful and bloodless revolution. Almost without bloodshed, the provisional government had wrested power from the Tsar’s court, which had become rotten over 300 years, but the puppet government of Kerensky was not a serious obstacle for the Soviet power. (At the end of his life, Kerensky had regretted having to betray his homeland. The state power could have prevented the onslaught of the Bolsheviks.)

This peaceful upheaval could have continued had it not been for the outbreak of the civil war, which had been largely provoked by the interventions in the north, west, south, and east of Russia and triggered mutual terror. A spirit like Korolenko inevitably had to protest against this.

To us today, this terror seems all the more tragic because it did not prove to be the last. Our fathers and grandfathers believed that after defending Soviet power by all possible means and asserting it forever, they would forever renounce a means of such as terror.

Against the death penalty

Since Korolenko had experienced the methods of Tsarist Russia first-hand, he was not fundamentally against a revolutionary turnaround but condemned the manner of the Bolsheviks. In addition to the arbitrary handling of the death penalty, he wrote to the People’s Commissar: «You know that during my literary career I have not ‹just sown roses›. Under the Tsarist rule, I wrote about the death penalty again and again and even won the right to announce far more about it in the press than was otherwise tolerated by censorship. Every now and then I even managed to save a victim who had already been sentenced to death by a court-martial, and there were cases where after the postponed execution evidence of the innocence of the victims was provided and they were released. […] But an execution without any court, an execution in administrative proceedings – this was extremely rare even in Tsarist times. Bitter is the thought that even you, Anatoly Vasilyevich, instead of calling for prudence, call for justice, for careful handling of human lives, which have now become so dirt cheap, declare in your speech with these shootings ‹on prescription› quasi in solidarity.»1

Korolenko has also commented on the content and complained that the Bolsheviks made the mistake of legitimizing the robbery and destruction under the slogan ‹rob the stolen›. The consequence: in the shortest possible time, the productive apparatus created by capitalism fell victim to destruction.

«The fight against the capitalist system took on the character of the siege of an enemy fortress. Every kind of devastation, every conflagration within this fortress, every destruction of its reserves is considered an advantage by the besiegers. And you, too, have considered every destruction of the capitalist system as a success. All you forgot is that the real victory of the social revolution, as far as it is destined to be realized, would be not to destroy the capitalist apparatus of production, but to take possession of it and let it work on a new basis. »2

Russia on its own

Korolenko raises the question of what separates Russia’s path from Western European socialists and, increasingly, from its own working class. «I have already given the answer, your maximalism.» It is easy to portray anyone as a traitor who sees difficulties or hesitates before the impossibility to perform the tasks. Nor is it possible for the leaders themselves to cope with everything at once, because they are schematics, and this maximalism will not be followed by the European working class. Therefore, Russia must walk this path alone. Korolenko: «You have only done what is easiest. You destroyed the Russian bourgeois, which was disorganized, unreasonable, and weak. You know, the European bourgeois is much stronger, and the European proletariat is not such a blind herd that it could be driven into maximalism with a few first calls.»3 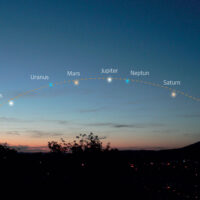 Russia’s historical development has gone from blind worship of autocracy and complete political indifference to an abrupt transition to a communist government. However, customs, traditions, and education remained without necessary development. Korolenko: «From the dictatorship of the nobility one went over to the dictatorship of the proletariat. You, the Party of the Bolsheviks, proclaimed it and the people came to you and said: Now you give us our new order of life! But for this new order of life, the Bolsheviks use a questionable lie. In the absolutism of the nobility it was said that the famines in Russia were due to the laziness and drunkenness of the peasant class and not to the structural grievances of the noble society. The new government is also using a questionable lie by suggesting to the people that the so-called bourgeoisie is exclusively a class of parasites, rogues, dividend recipients – nothing more.»

With the sixth letter, Korolenko concludes his thoughts on the October Revolution. He is deeply connected to the common people of Russia, to the peasants, day laborers, minorities, and outcasts. As a writer he described them with understanding and affection, as a human being he stood up for their justice. After the revolution, he saw that his battered people were once again plunged into violence, hardship, and misery under the new rulers.

Lenin, already marked by his illness at the time, is said to have read Korolenko’s letters at the infirmary. Whether they contributed to a change in his political stance is rather unlikely. The author Helmut Hauck thinks that Lenin’s last works could perhaps shed some light on this.

Hauck included Rosa Luxemburg’s introduction to Korolenko’s book ‹Die Geschichte meines Zeitgenossen› (The Story of My Contemporary) because he was filled with admiration and respect for the extensive, profound comparison of Russian and Western European literature. He asks how it is possible to present such a dialectically balanced, socially related characterization of Russian literature from its origin to Gorky. How did Rosa Luxemburg manage to produce a comparative literature study under prison conditions? Even in a large library, such a thing is difficult to develop.

She greatly appreciated Korolenko and also wrote a detailed introduction to show from his work that Russian literature of the 19th century was «born out of opposition to the ruling regime, out of a fighting spirit. [..] The high sense of social responsibility of this gifted poet proved to be stronger than the love of nature, of unbound wandering life, of poetic creation. Swept away by the wave of the approaching revolutionary storm surge, he fell more and more silent as a poet at the end of the nineties, only to let his blade flash as a champion of freedom.»4 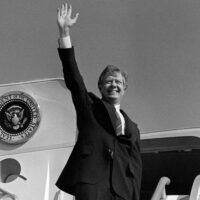 Previous
Jimmy Carter and the Other America 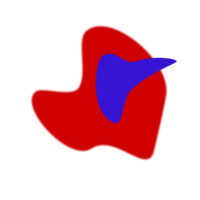 Next
What Do I Mean by Burnout?