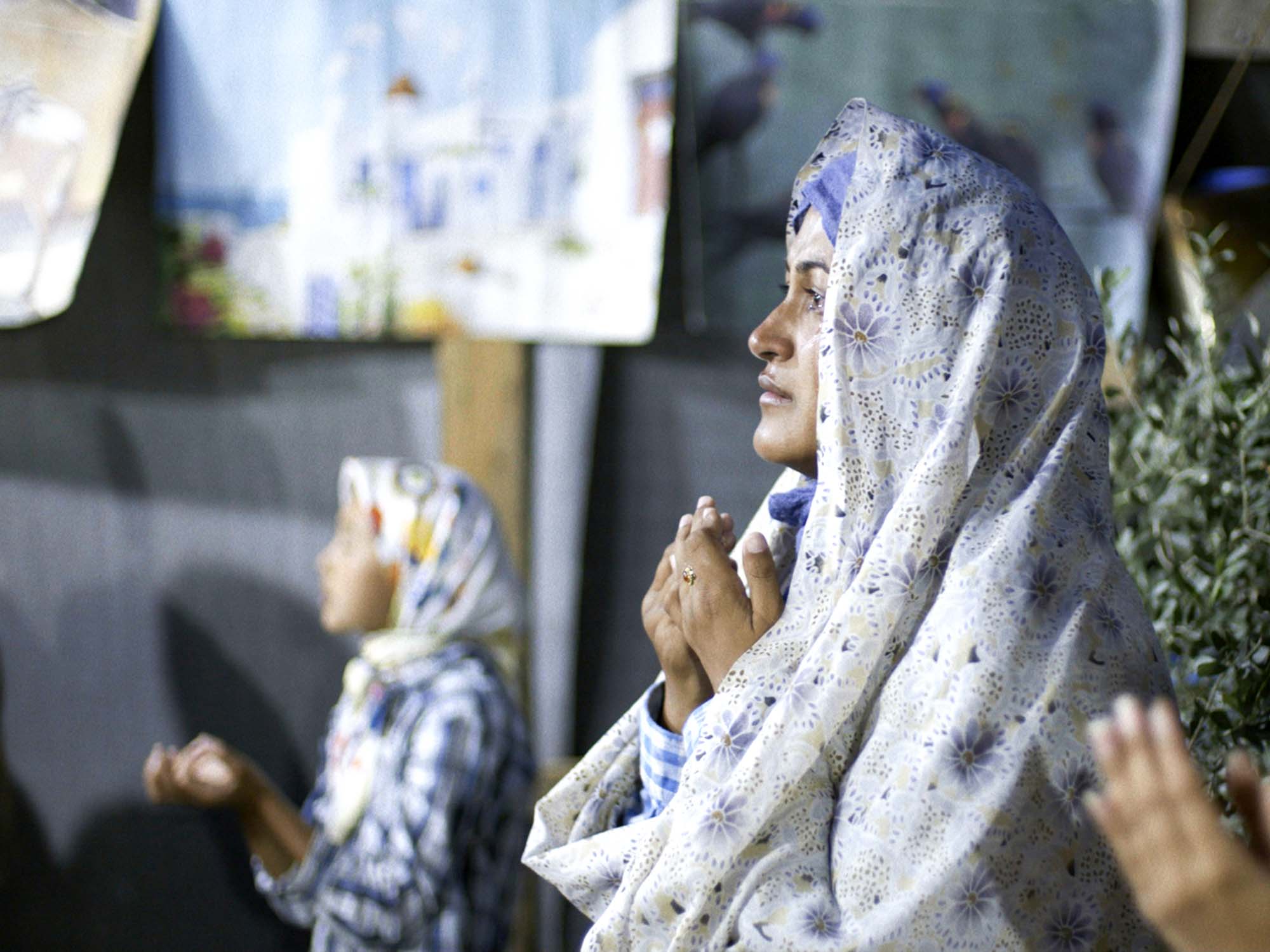 Can you imagine what it’s like to arrive at Europe’s borders as a refugee? The film ‹Nasim› tells the story of such a woman from an on-the-ground perspective, not from a political-theoretical bird’s eye view. Nasim is stranded with her family in the camp of Moria and was accompanied there from March to September 2020 by two German documentary filmmakers. The movie is a peephole into a humanitarian abyss in which the protagonist’s power lights up.

Greece, an island, blue sky, white light. Then a pan and a woman with a blue plastic bag walking on the ground between long white tents. Blue and white – the colors repeatedly return in the film and are reminiscent of the idyllic Greek villages, the Greek flag, as well as borders and territories. The camera follows the woman on her way. She doesn’t look old from behind, but she doesn’t look young, either. Her walk is a bit arduous. Then you look into her face: a young, smiling face.

Nasim was 38 years old when she met filmmakers Arne Büttner and Ole Jacobs in the Moria refugee camp. She speaks to them, and a relationship of trust develops. She shares her story for the documentary of the two. She came to Moria with their husband, two sons, mother, and sister’s family. Nasim is Afghan and fled with her family from Iran via Turkey to Greece. In her imagination, Europe stood for humanity, of which not the slightest bit can be seen in Moria. In a later sequence in which the two sisters sit together alone, Nasim’s sister says they are Afghans in Iran and Iranian women in Afghanistan. They didn’t belong anywhere. They would be expelled everywhere.

You can see everyday life in the camp. Nasim cuts her son’s hair, sitting on the ground, with paper scissors. You can hear a child impatient with his haircut. Then Nasim says: «We live like we’re in the jungle. We have to cope with it.» There are streets and self-made huts made of cardboard, pallets, cloths, and plastic. Nasim’s husband works on a wooden structure of leftovers to improve the hut. From a distance, you can hardly see any containers in Moria. The camp has long been an informal settlement in which many stay for a long time. Nasim’s older son torches a disposable razor to be able to shave with it. Nasim is also concerned about him. He seems to slip away from her. He wants to leave the camp with other teenagers in the evening. He talks about tattoos and starts smoking. She wants him to stay home because it can be dangerous outside the camp. Her older son’s hair gradually turns white since they are in Moria. His aunt tells him that he has his life in his own hands and that he can master it or throw it away. Nasim spreads blankets in front of her tent to teach a handful of children together with her younger son. She paints with them. It’s school time, even if there is no school. Sitting in the meadow with her younger son, she points to a mountain. She wanted to hike up there alone. «Do you miss our house in Iran?» she asks him. He doesn’t answer. She teases him. «If I don’t answer, it’s called ‹yes›.» «What do you miss the most?» she adds. «My friends.» «Not your room?» «No. A room doesn’t matter.»

The movie takes place in such family scenes. Nasim supports her children, even if she begins to cry in the evening or during prayer herself. The women stick to each other and encourage each other, dealing with practical questions about the asylum procedure or going shopping, and sewing mouth-nose coverings in the factory. The sister rehearses with her the interview for the asylum application: «Where are you from? Why are you here?» Her name is Nasim. She is here with her husband. They are from Iran. «It’s safe there.» «We can’t go back. My husband doesn’t want to. He has problems there.» «What problems? Was he a mujahideen?» Nasim loses her train of thought. She is unsure about her husband’s past. He is twelve years older than her. She was married to him at the age of 13 in Afghanistan. He says he fought in Afghanistan in the war against the Soviet Union. He was wounded and taken to Iran. They could not stay there. His family had problems with the Taliban and the rebels. So he tells her the story, but she doesn’t know if that’s the truth. «Tell them that as a girl, you had no voice, that women weren’t asked, that you never wanted to, but were automatically associated with your husband’s problems. It wasn’t your decision. You were forced,» they admonish their sister and brother-in-law. Nasim’s gaze, meanwhile, wanders downwards. She looks lonely while the others argue about her biography, but she also keeps herself in this loneliness.

Later, the divorce from her husband will always be a topic. Her family encourages her and reminds her that she is now in Europe. Nevertheless, Nasim continues to hesitate. Soon after, she was granted temporary asylum.

An angry Greek crowd gathers in front of the camp: «Civilized Europe has closed its doors and is now pointing the finger at our poor little country.» They have done everything they can to help those who suffer, but more and more have come. Their reality is a nightmare – theft, petty theft, animal slaughter, burning down olive groves, vandalism in churches, murders, knife attacks, drug trafficking, and prostitution. They could live without money, but not without their home country. The police march up and calm the situation. 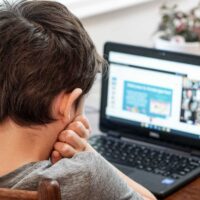 From the night of the 8th to the 9th of September, the largest refugee camp in Europe burns. There are images that move through the news. Nasim’s older son is somewhere else. She tries to find him by phone. Her mother forgot her teeth in the tent. Nasim runs back. She finds a few remains. «The prison is burning,» she says. That night, 13,000 people became homeless. They stay in the open field with some blue bags. The whole family walks through the night with their belongings. Allegedly, there are two German ships. «Thank God we are leaving Moria.» They keep walking. Nasim pushes her mother. Dogs are barking. People sleep on the roadsides. During the day, the Greek police stop the whole caravan. They set up tents right on the road. Disputes ensue. Some teenagers become restless and allow themselves to be provoked by police violence. Nasim yells at them: they want them to look bad, use violence, and the entire world is looking at them. «Sit down and protest silently!» Shortly after that, a long protest march follows. The refugees improvise signs and chant: «No Camp! Freedom!»

Where the Film Ends

In April 2021, Nasim and her family were brought to Germany. The film ‹Nasim› has been shown at film festivals worldwide since last year. In Leipzig, at the DOK Film Festival, it received the Defa Sponsorship Prize and the Verdi Prize for Solidarity, Humanity, and Fairness. The EU’s response to the fire in Moria is not very hopeful: it is giving Greece 276 million euros to build new camps on the islands of Chios, Kos, Leros, Lesvos, and Samos, which are to be model places for dealing with asylum seekers behind high walls and barbed wire and without free access for journalists, human rights observers, and lawyers.

Web: Nasim Film The first movie tour started on September 8 and runs through many German cities until the end of October. The filmmakers Arne Büttner and Ole Jacobs and their protagonist Nasim Tajik accompany the tour. Translation: Monika Werner 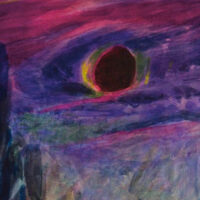 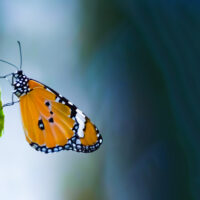