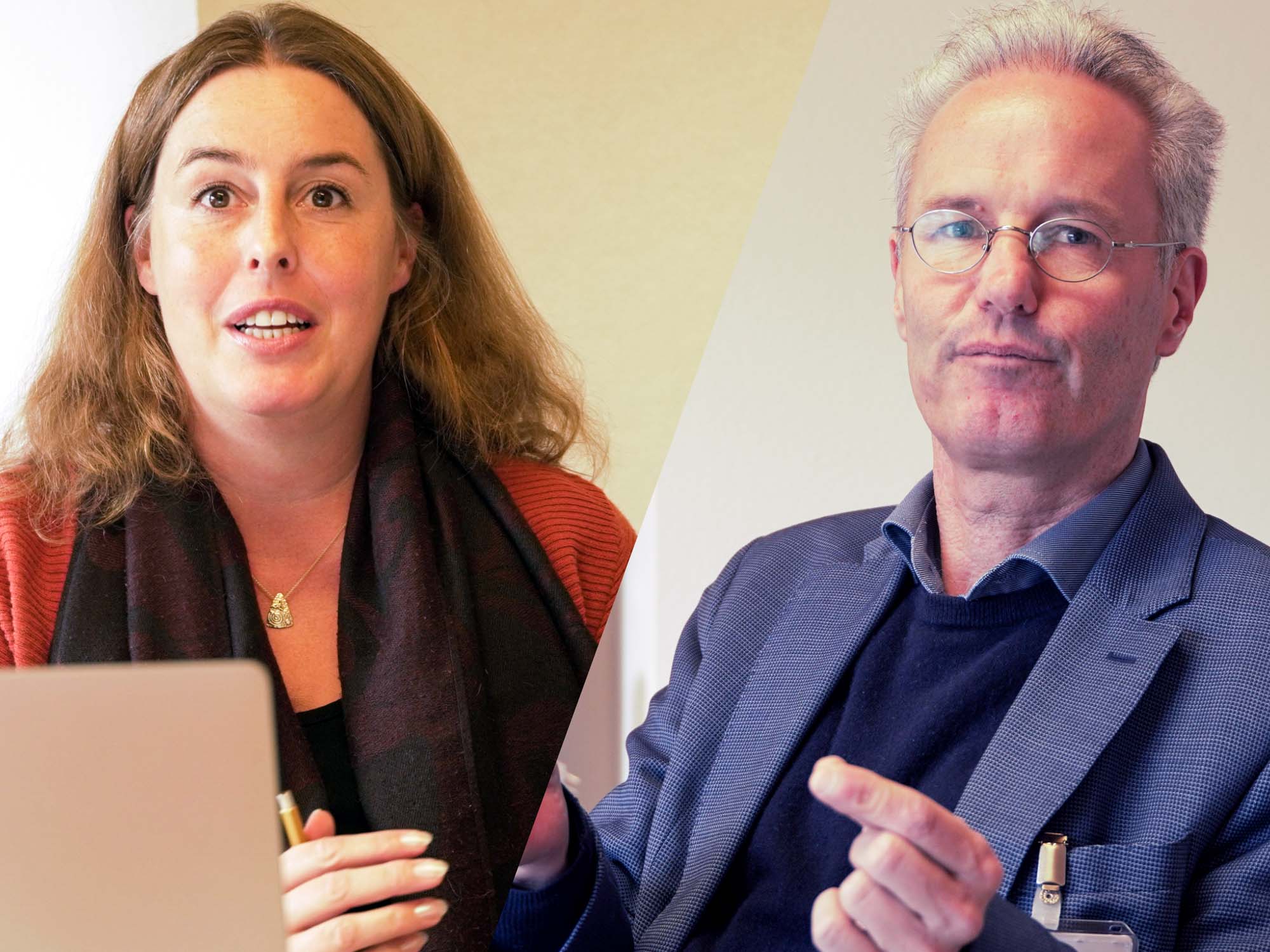 Conversation with Daniela Bertschy, Head of Nursing, and Lukas Schöb, Medical Director, about the anniversary of the Arlesheim Clinic and the future of the first anthroposophic clinic. Interview conducted by Wolfgang Held.

The Arlesheim Clinic celebrated its 100th anniversary this year. How was the celebration?

Daniela Bertschy Different than planned! We wanted to address the various target groups with different events and, in particular, intensify the dialogue with the regional population. That’s when Corona got in our way. But we have also accepted this challenge and adapted the anniversary activities to the new situation.

Lukas Schöb Although some things couldn’t take place, we found digital solutions for others. It was important for us that we as a hospital community remembered stories and experiences from the early and present times and that we could also look to the next few years – this is the important internal work. There was also a public ceremony with people and institutions with whom we are connected. We also used the technical possibilities for this and made it possible to participate both on-site and online.

Ita Wegman already saw both – inner culture and rich life outside – as two sides of the same coin. A first scientific congress on integrative medicine with international participation was also able to take place – a milestone for me personally.

The clinic has grown tremendously. What does that mean?

Schöb When I came to the clinic 20 years ago, there were twelve permanent doctors and five assistant doctors working here. In total there were around 200 employees, which is the size of the Goetheanum. We almost all knew each other then. Even with the 350 employees ten years ago, that was hardly possible, especially not after the merger with the Lukas Clinic seven years ago. Just as we were on our way to further develop the organization of what was then the Wegman Clinic, the merger was about to begin. It was a stroke of luck for the organizational development because it gave us the task of redesigning the inner architecture of the clinic. The Lukas Clinic and the Ita Wegman Clinic had different cultures. So it wasn’t surprising that there was a clear crunch on all levels: social, cultural, and technical.

Schöb We have become stronger together than the two clinics individually, and as the new Arlesheim Clinic, we have made developments that the two clinics could hardly have managed on their own. In retrospect, of course, we could certainly have done some things better in the first turmoil of the merger. You can’t go through bushes without scratches! We have long since left the thicket and are looking ahead. I am very happy about that. It was also important to find us under a new common name. The fact that we no longer have Ita Wegman in our name does not diminish the bond with our founder. The reverse also applies to the place Arlesheim, which we now have in our name. We were connected to it before.

Is the merger complete?

Bertschy I am convinced that we have succeeded in creating a common identity. Sometimes there is still sadness in some places, as it used to be in the individual clinics, but that disappears in favor of the future common culture. We have invested a lot in working on our common identity in recent years. It is now paying off.

Schöb When we set out for a common identity, we worked for a number of years with a high level of employee participation on the question of who we actually are and what our values are. We have distilled the results into four core values, which we bring new employees, but also ourselves, closer to orientation time and again: Strengthening healthy forces – development – social warmth – human dignity. Both the process and the result were important in my assessment.

In such a process of self-assurance, where did the doppelgangers come to light?

Schöb everywhere and always. (Laugh) For example, we had a workshop with the question of what would happen if the clinic no longer existed. The result was a range from «The world would end» to «nothing». Exchanging and finding one another there, that’s what brought us together.

Now is the big renovation and new building coming up?

Bertschy The groundbreaking ceremony for the new medicinal products laboratory recently took place, followed by the replacement building for the Wegman house. This is the new exterior building. But the ongoing internal work on questions of leadership and questions about dealing with social issues is at least as important.

Schöb I see the big inner construction site in the question: «Will we succeed in realizing the enormous potential of the people we have?» At the moment we are actually in a position to attract many very well-trained people to work with us. Specifically, it is about making understandable on the cultural level what anthroposophic medicine can and wants, and on the social level, how we manage to create a flexible and communal architecture in partnership between nursing and medicine that attracts young people. A third field is profitability. Financial pressures are quite high in the health care system and require that we continually work to become more economical in our operations.

Bertschy clinics are traditionally organized hierarchically. There are understandable reasons for this. Responsibility and fast processes play an important role here. Nonetheless, collegial togetherness is important in everyday life. We are working on that.

In the clinic, Lukas Schöb and I are in charge of medicine. Nursing and medical work are therefore on an equal footing. This also applies to the chief physician and nursing management team and also to all wards: the medical ward management team works with the nursing ward management team on all essential issues. This is important to us – we call them tandems – this style and the term have established themselves positively with us.

Schöb A key experience for me was when a nurse said to me: «Nursing staff can sometimes present their concerns less eloquently, but their statements are saturated with reality, which is sometimes lacking in an academic medical opinion.» I tried to apply this as a hypothesis and found the following: We can realize our guiding star, that it is about the well-being and health of our patients if we listen and hear one another, especially where it is ‹saturated with reality›. I have had a lot of positive tandem experiences in the meantime.

What about the offspring?

Bertschy The shortage of skilled workers does not stop at our clinic either. We are demanding: we need employees who are well trained in both conventional medicine and anthroposophic medicine and nursing. We are therefore glad that we have our own medical training and are now integrating nursing there. 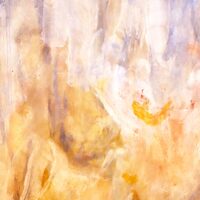 Schöb At the end of the two-year medical training, we ask the participants for their assessment of whether they now have the tools to work as anthroposophic doctors. There is a high level of agreement that the training is relevant to practice. It is therefore also important that such training takes place very close to everyday clinical practice.

What role does research play?

Schöb research did not play such a big role in the last century. It was only about 20 years ago that we had more of a research culture, no matter how exhausting it is in addition to everyday clinical work. We are now happy to have several qualified doctors at the clinic so that we can start larger and more networked research projects. There are many tasks! This is only possible in cooperation with the network of anthroposophic medicine, in which the section at the Goetheanum forms the focal point. Clinic, teaching, and research under one roof or an idea to realize this triad so that the three areas increase mutually, that is the project of the coming years.

The Arlesheim Clinic in numbers

In 1963 the Lukas Klinik was founded. In 2014 the two clinics merged to form the ‹Arlesheim Clinic›

25 beds for the oncological day clinic

In addition, there is a public pharmacy and in-house medicine production, a public café-restaurant, a nature park, and Demeter nursery, cultural offerings with exhibitions.

Previous
What do I mean by fear of fear? 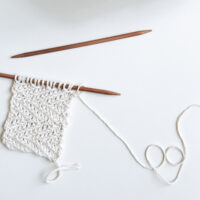 Next
The Expansive Internal